Is Time Up For The Agency Start-Up?

Is Time Up For The Agency Start-Up? 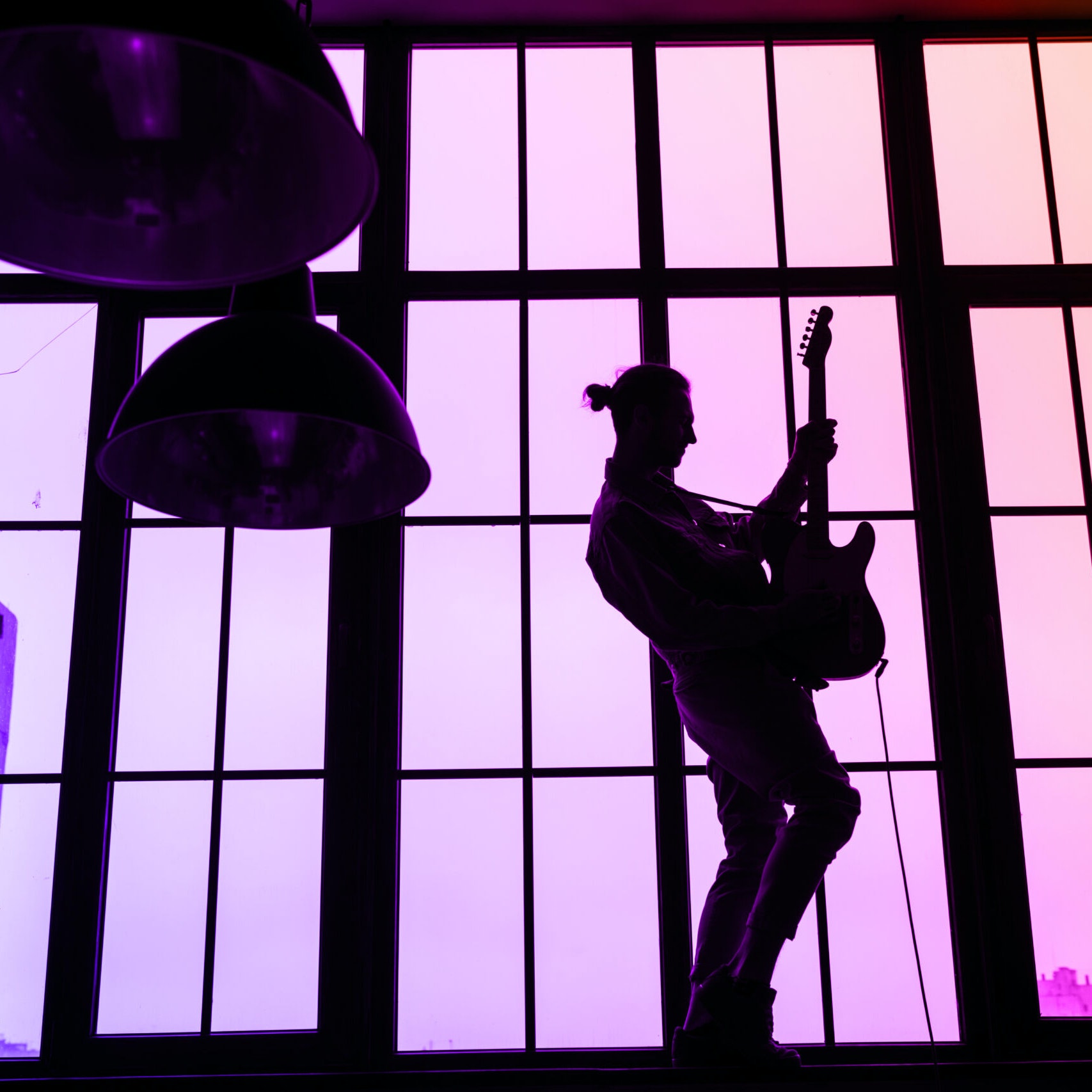 Attending industry events is an excellent use of anyone’s time. Not only does it give you the  chance to hear from and meet interesting people, but their ideas and points of view can help either reinforce your own – or challenge them. In either respect, it makes you stop and think.

Attending industry events is an excellent use of anyone’s time. Not only does it give you the  chance to hear from and meet interesting people, but their ideas and points of view can help either reinforce your own – or challenge them. In either respect, it makes you stop and think.

For the first time in a long time, I attended an excellent industry event last week (Agencynomics ’Looking to the Future’) which made me think hard and challenged a long-held view of mine; that setting up an agency is a good thing.

Only now I’m not so sure. Let me explain.

As someone who has set up three agencies (with varying degrees of success) the first few speakers reinforced my somewhat rosy view of start-ups.

One stood out. Milimo (Mils) Banji, the 25-year-old founder of an agency called TapIn. The agency’s mission is to ‘prepare 100 million young people for the world of work’. Nothing too ambitious then. But if anyone can do it then Miles can, as he has spotted a clear gap in the market - how to help employers and brands attract Gen Z staff.

It was worth the price of the entry ticket just to hear his case study on Travis Perkins, where the country's largest building materials supplier tasked his agency with helping them to hire 1,000 Gen Zs in one month. His agency’s campaign attracted over 8,000 applicants of which 33% were female, 86% were BAME and 97% were under 25.  How? You’ll have to contact him direct.

The case for striking out on your own is still a strong one, so let’s consider the numerous other plus points.

The economy’s in great shape

A slew of positive data shows the economy is bouncing back. Latest growth forecasts have been revised back up to 5.5%, whilst figures just published by the Office for National Statistics shows both labour productivity and job vacancies are up. And with an estimated extra £190bn saved by UK households during lockdowns, money is now being spent at speed: on holidays (Easyjet reported a 400% jump in winter bookings), meals out (‘UK pub, bar and restaurant sales were up 35% year-on-year in August’), clothing, etc. In fact, you name it and consumers are buying it.

Entry costs are going down

With practically zero barriers to entry, setting up an agency is simple. All that’s needed is the proverbial laptop and mobile phone. And thanks to most IT vendors embracing SAAS business models, previously expensive annual licenses have given way to monthly subscriptions and tools like Xero, which have reduced the need for bookkeepers.

Finally, owing to a pandemic-induced fundamental shift in working patterns, the most expensive item in any start up’s forecast; office space, has also been eradicated.

Not all companies have had a ‘good pandemic’ with the result that countless, highly experienced staff available for hire. Many want to embrace a more flexible lifestyle so make ideal staff for agency start-ups.

Add the fact that they can now be recruited on a truly nationwide basis (‘living in the Shetlands? No problem’) and the pool of available labour is now very wide and very deep.

Now for the bad news

Perhaps unwittingly, the afternoon speakers presented a different side to the argument.

Mark Clark, a Co-Founder of JFDIX who talked at the event about ‘the future of new business’ made the point that there was an estimated 20,000 creative agencies of various shapes and sizes in the UK.

In fact, the Creative Industries Council estimated that in 2016 there were 284,400 businesses involved in the creative sectors - or just over one in eight of all UK businesses.  (This number includes a much wider definition of creative industries including film making and museum, galleries and libraries).

Whether its 20,000 agencies or 200,000, It’s still an over-supplied, saturated market. That’s fine if demand holds up or you want to run your agency from your kitchen table, but it’s not (see next section) with the concomitant downward pressure on pricing or want to grow and take on staff.

Which brings me conveniently onto staff. Because that apparent pool of staff is a mirage. There’s actually an acute shortage of them and that shortage is only going to get worse. The ONS announced earlier this month the ‘number of job vacancies increased to a record high of 1,102,000 in July to September 2021’; it’s anyone’s guess how many of those vacancies are at agencies or marketing departments but anecdotally, most agencies have holes in their org charts.

Reflecting this chronic shortage of good, talented and highly skilled people, people, salary levels are moving up fast and this upward pressure will only get worse as inflation takes hold; when annual salary reviews will have single or even double-digit increases baked into them.

Wages, of course, are only a small part of the labour cost equation. Less we forget, we should also factor in the whopping 15.5% that employers will soon pay in National Insurance.

Of course, these staff demand much more from their employers than just being paid a salary. Most will expect to receive a wide range of other benefits too; maintaining an appropriate work life balance; flexible working hours (four-day week anyone?) and an appropriate Work From Home policy. It’s unlikely that the start-up agency will be able to persuade them to work late or over the weekend in the lead up to a major pitch.

Finally, most younger staff - rightly - attach great important to their employer having a purpose (other than staying in business) and providing a learning environment. Both of these are eminently doable but are yet another call on the recently appointed agency owner’s time.

Mark Clark made several other points that struck a chord with me. Clients, he believes, are becoming more self-reliant, more project-oriented and much more promiscuous.

Good luck to those agencies that can adapt to these changing market conditions. In my experience, most can’t and this constant struggle to survive during lean times highlights another misnomer.

Those low barriers to entry mentioned earlier suggest you don’t need any capital to start an agency. You do. If only to act as a cushion to carry you through the lean times and prevent you from scrapping for every job that comes along, which you may only win by cutting your prices or may not be in an area you wanted to be in. (As your staff will remind you).

If you’re really unlucky, you’ll resemble a talented chef who sets up a restaurant and ends up serving bacon sandwiches just to stay open.

By being more self-reliant, Mark of course means in-housing, a trend being adopted by clients universally. Not to to drive down costs (although it stands to reason those clients putting out fewer agency briefs will have a knock-on effect on agency prices) but because it gives them ‘greater control’.

(Clearly, agencies pushing back on crap briefs is no longer to be tolerated on pain of the client taking his or her work in-house and giving it to a more malleable in-house agency).

Clients then increasingly have the whip hand in the client/agency relationship, and their procurement department (if they have one) will be only too happy to use it.

In the final presentation of the day, Tina Fegent, a ‘Global Procurement Expert’ gave a highly entertaining insight into the world of the Procurement Department. It’s a world she advised us delegates that we’d do well to learn more about given the department’s increasingly influential role in helping their marketing colleagues to choose an agency.

Clearly, if any agency thinks their creativity will win the day in a pitch then they need to think again. Tina advised that most procurement scoring systems are changing with even greater weightings being applied to what would have been considered ‘hygiene’ factors before.

For instance, ‘Diversity’ currently gets less than 15% on a procurement scoring sheet, but this figure, suggests Tina, will increase in the future. Having a diversity policy is therefore not just laudable but necessary to win pitches, along with an ESG policy, CSR policy, anti-slavery policy, anti-bribery policy, etc.

These are patently all good things to have, but they all take time and effort to create and monitor. Time that the senior management of a start-up agency can ill-afford.

So, what does this all mean? On balance I’d suggest the agency world is changing dramatically and whereas before I would happily recommend any would-be agency owner to strike out on their own, now I’m not so sure.

Maybe I shouldn’t go to industry events after all. 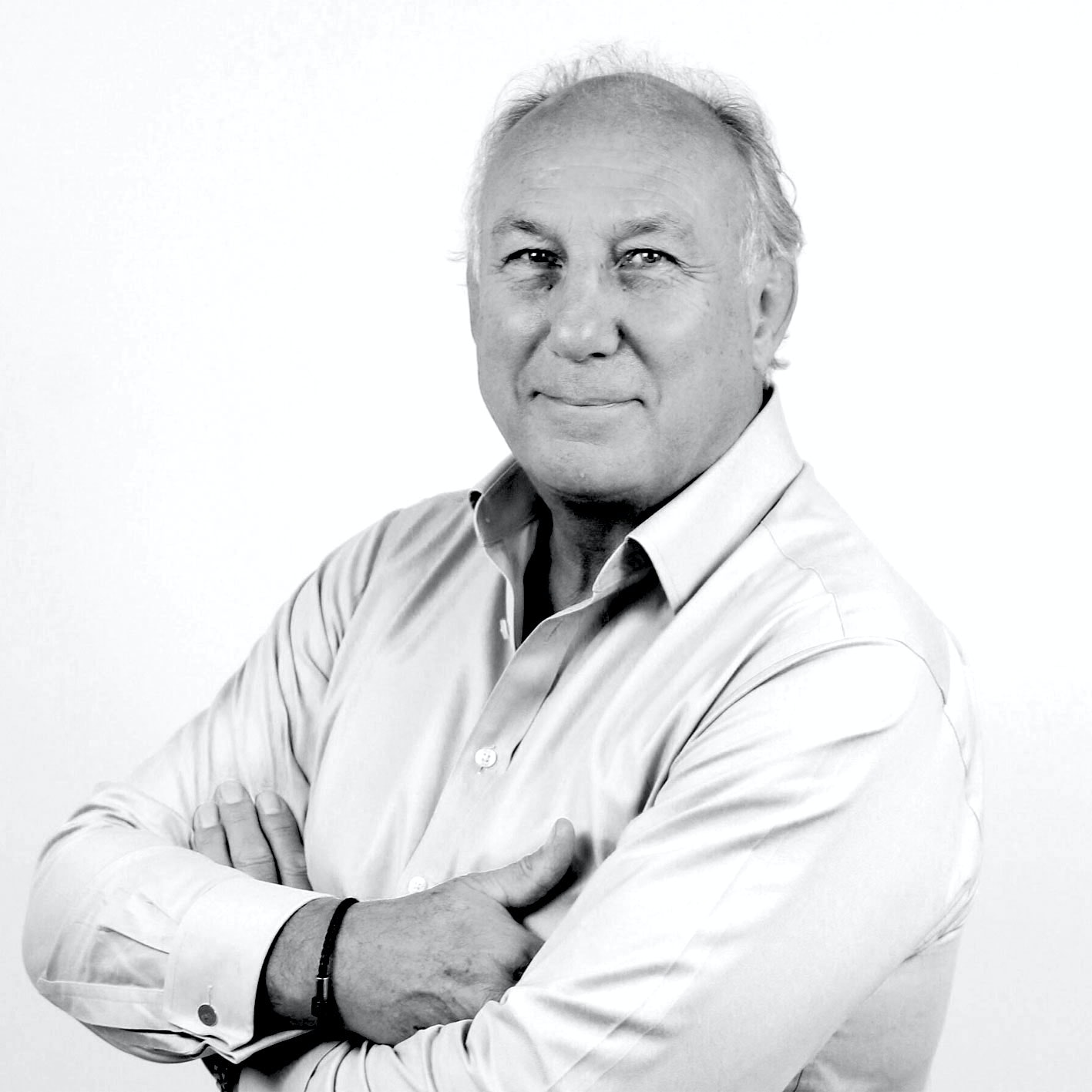 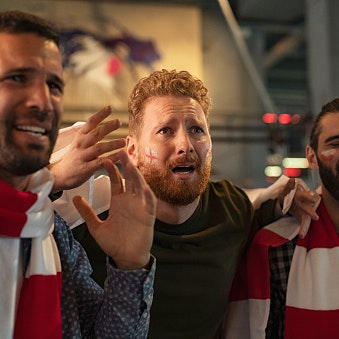 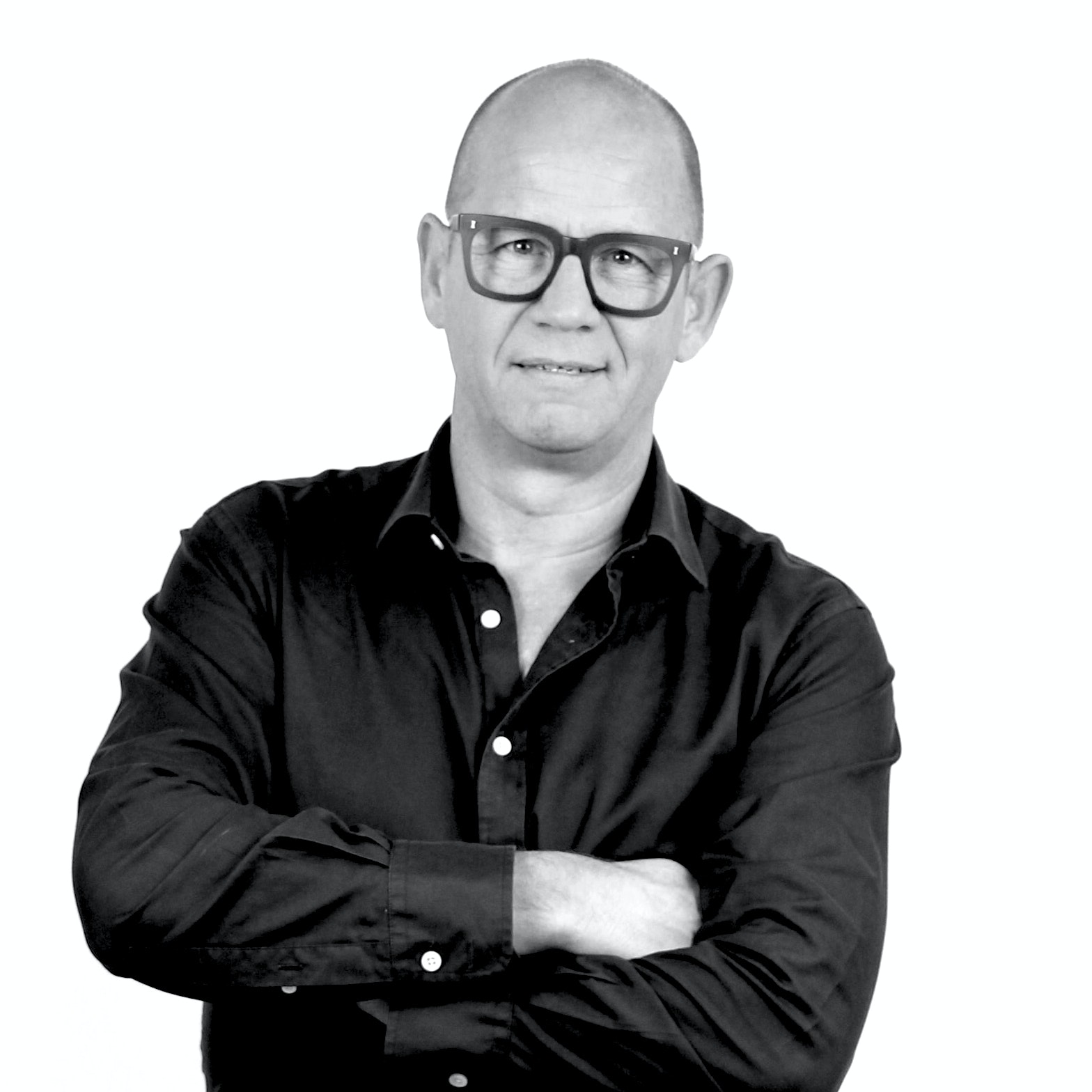 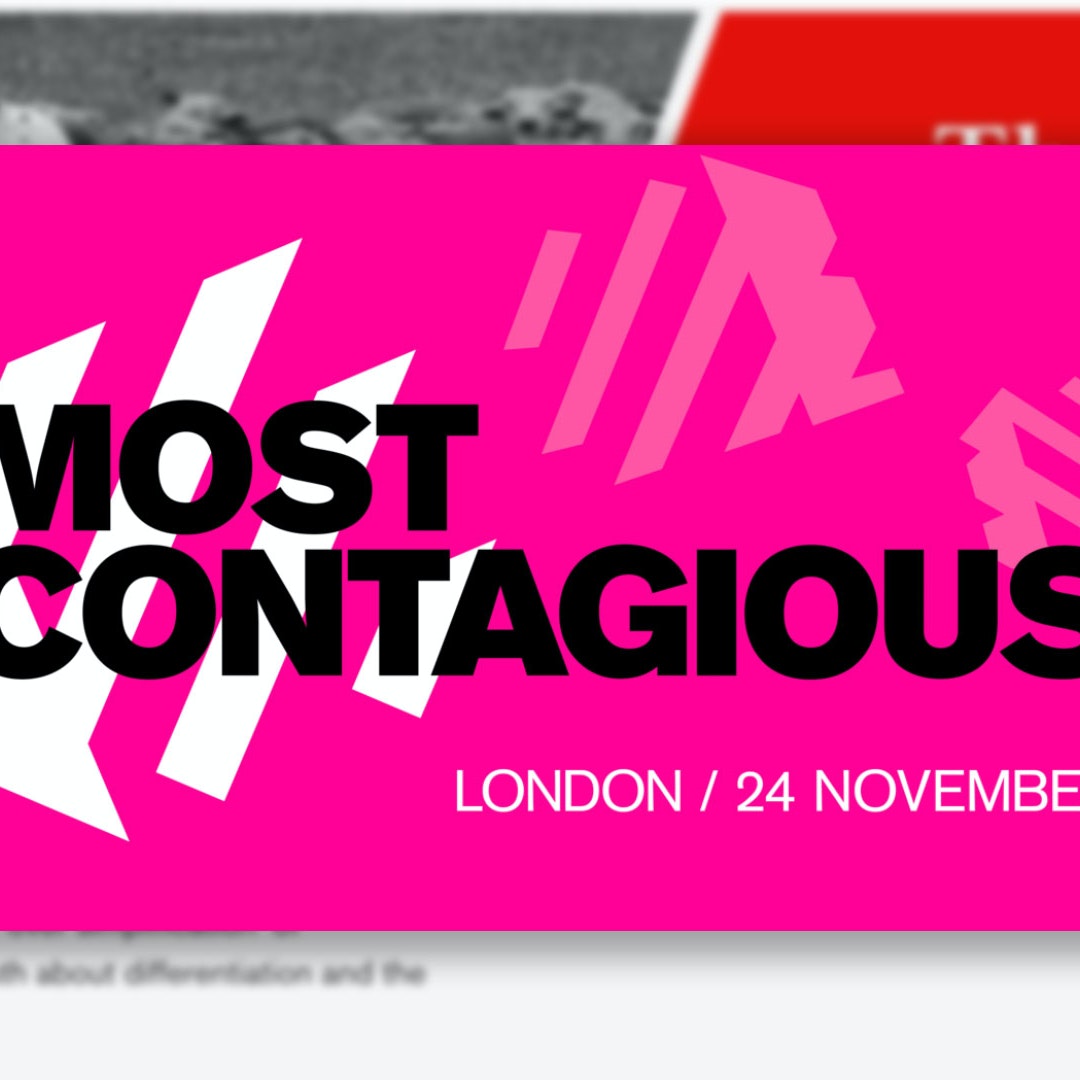 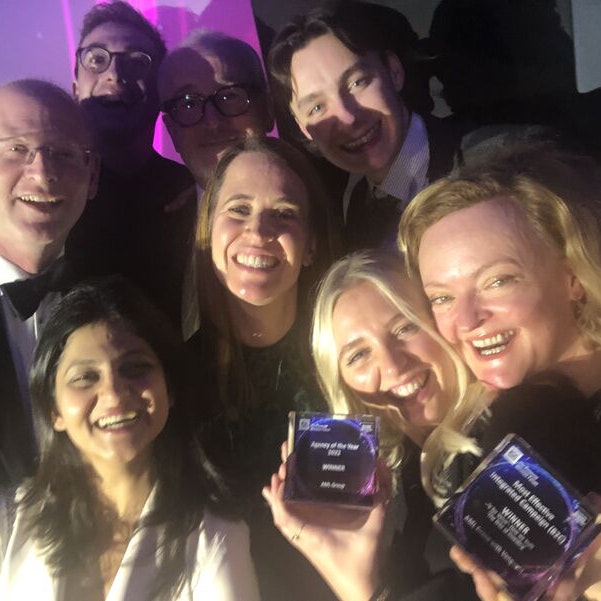