Clean Sheets Prove Their Worth

Clean Sheets Prove Their Worth 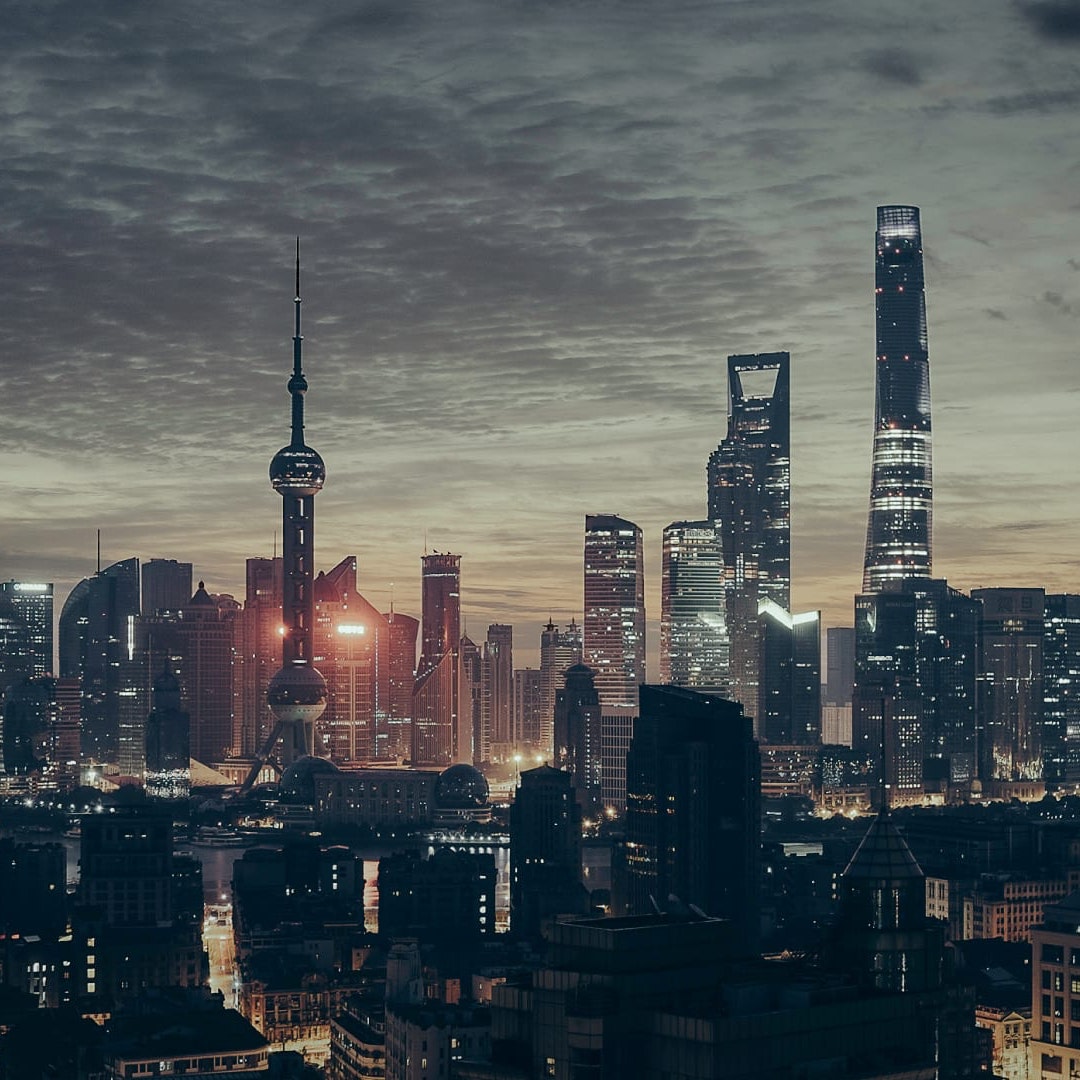 If you were setting out to build an agency from scratch, as Sir Martin Sorrell now intends to do – again – what differences and similarities would he notice from when he last did it, nearly thirty-three years ago? The beauty of building an agency in 2018 as Sir Martin is doing (and indeed as we at Selbey Anderson are doing too) is that you can leave all the legacy stuff behind and just focus on keeping the good stuff. You know, the bits that the staff and clients appreciate. So what are the similarities and dissimilarities that Sir Martin will most probably notice and what is the good stuff that he would do well to concentrate on?

If you were setting out to build an agency from scratch, as Sir Martin Sorrell now intends to do – again – what differences and similarities would he notice from when he last did it, nearly thirty-three years ago?

The beauty of building an agency in 2018 as Sir Martin is doing (and indeed as we at Selbey Anderson are doing too) is that you can leave all the legacy stuff behind and just focus on keeping the good stuff. You know, the bits that the staff and clients appreciate. So what are the similarities and dissimilarities that Sir Martin will most probably notice and what is the good stuff that he would do well to concentrate on?

Most notably, as an accountant by training, he’ll notice that agencies today have very different cost structures.

Back in the day, a start-up agency would have needed some office space, ideally in a West End location (or nearby) with a desk for each member of staff, a swanky reception (in which to hang all the soon-to-be-won awards), an even swankier boardroom and, ideally a well-stocked kitchen (for hosting all those in-house lunches).

Signing a long-term lease with upward only rent reviews was part of the cost of doing business, as was installing an IT system with onsite servers, backup systems and probably some IT support to keep it all going. Out-of-hours security staff were needed to protect all those assets. Other support staff were needed to keep the whole agency afloat including receptionists, administrators, assistants and lots of junior staff to do all the legwork. Added to this would have been HR support and a finance team.

Phew. No wonder, agencies marked everything up.

Everything now on tap

Today, as we know, is a very different world. For a start, the agency simply doesn’t need an office. If it does need space, it can tap into the numerous companies offering temporary workspaces, all on highly flexible terms.

In fact, office space, like several other agency resources, can now be considered as a utility; always on and always available. (Consider this mind-boggling fact. According to commercial estate agent Cushman & Wakefield, WeWork is now London’s largest office occupier after the UK Government, leasing 240,000 square metres across the capital!)

Other agency resources that have become utility-like include IT. Staff are encouraged to use their own devices; all software is rented on a software as a service (SAAS) basis whilst all the data is held in the cloud. Starting at just £6/month per user, Office 365 does the job that previously would have cost thousands.

Although staff have not become utilities, today’s startup agencies need far fewer. Those people agencies do need, have very different skills from thirty-three years ago. PAs are long gone. So too are receptionists and security guards. The HR, IT and Finance and Administration departments are not needed. What are still needed are really strong client-facing staff or those with highly developed ‘craft’ or technical skills. But, these staff needn’t be on the payroll and, in fact, they can be body-shopped in when required. There is no shame attached to being a ‘virtual’ agency today providing the client’s requirements are met.

If Martin Sorrell sees far fewer staff in his new venture, hopefully, he’ll see staff that more accurately represent the society his new clients’ brands want to reach. In place of a few cricket-playing, Oxbridge-educated white men, he’ll be surrounded by young men and women drawn from a variety of backgrounds including, religious, ethnic and educational. (Sorry Sir Martin, but most won’t play cricket).

As a former management consultant, he’ll also notice how the ‘shape’ of the agency has changed too. From a pyramidal structure – with a few highly-paid ‘rainmakers’ at the top being supported by multiple levels of increasingly junior and increasingly poorly paid staff at the bottom – to a doughnut, with a tiny, central management team in the middle (the jam) supported by a constellation of specialists around the periphery.

In fact, a star system is probably a better analogy. Some of these specialists truly are stars and they are only kept within the gravity of the system by the agency’s values and the type of work they provide. If the agency’s values don’t align with their own, or the type of work they enjoy doing dries up, then they simply float off to join another galaxy.

That revised shape extends to how he manages all the agencies he acquires. He probably won’t want to build a monolithic agency – ever – again and even his old agency partners, now at MC Saatchi, are preaching the virtues of creating more diversified models (ahem, similar in fact to the one we at Selbey Anderson are busy building)

Of course, as Sir Martin starts his hunt to acquire those agencies for his new venture (with a reputed £150 million to spend plus access to more credit if required), the other major dissimilarity he’ll note from three decades ago is the type of services that his clients will want him to provide. So low on his shopping list will be traditional ad agencies, whilst high on it will be those offering content and analytics.

Finally, he’ll know – better than most – how much more transparent must be the relationships between client and agency these days. Markups and 17.65% handling charges were par for the course then, as was loading production bills with assorted fripperies including lunch bills, recce trips, exorbitant mobile phone bills and masses of corporate entertainment. As the client was usually the one being entertained then he (and it usually was a he) would turn a blind eye.

Procurement departments don’t buy this kind of thing anymore, nor do clients whose own employment contracts preclude them from being bought a lunchtime sandwich, let alone a box at Ascot. And thanks to digital marketing, clients are more likely to ask questions such as, ‘what ROI can I expect to receive from this campaign?’ ‘how many hits did the website receive?’ and ‘how many new leads has it generated?’

So what similarities will he find?

But some things never change

Well. It won’t surprise him to know that his new clients will be no less demanding. Or that they will continue to reward good work with more work. So his new agency will need to have cracking good client handlers who can interpret briefs and manage relationships all the while their colleagues beaver away at creating high-quality creative work that meets those briefs.

He’ll notice that his young staff are no less ambitious and enthusiastic about their work than they were in the 1980s and that they will continue to look to him to give him the kind of the career path they passionately want, including all the necessary training and career opportunities they crave.

Like before, he’ll know that good, well-run agencies need a senior management team at the centre (note not the top) who can divorce themselves from the day-to-day stuff so they can concentrate on defining the agency mission and executing the agency strategy needed to achieve that mission.

He’ll immediately recognise how important an agency’s reputation continues to be. And how easily it can be lost. (He’ll already be counting his blessings that he was well clear of Bell Pottinger by the time it self-immolated).

And finally, he’ll know, like before, that there is no better buzz to be had from working in a happy and successful agency, surrounded by talented, industrious colleagues. It’s probably why he’s doing it all over again. 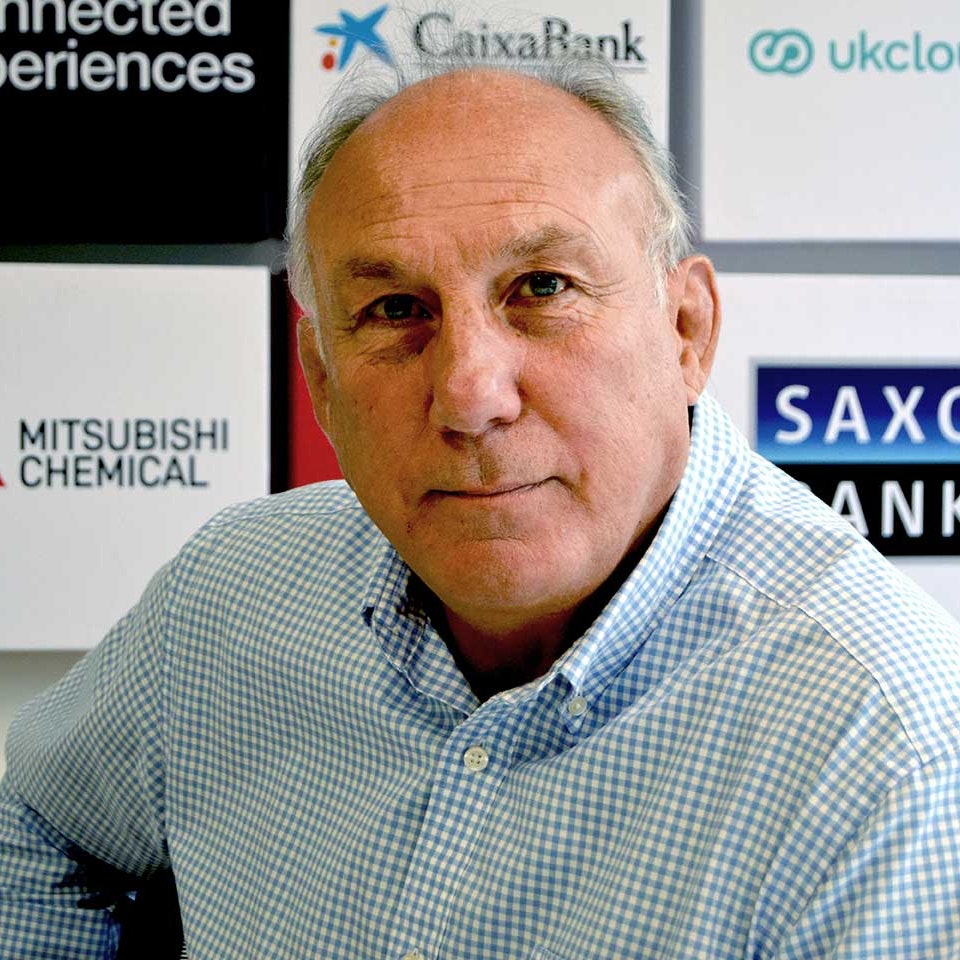 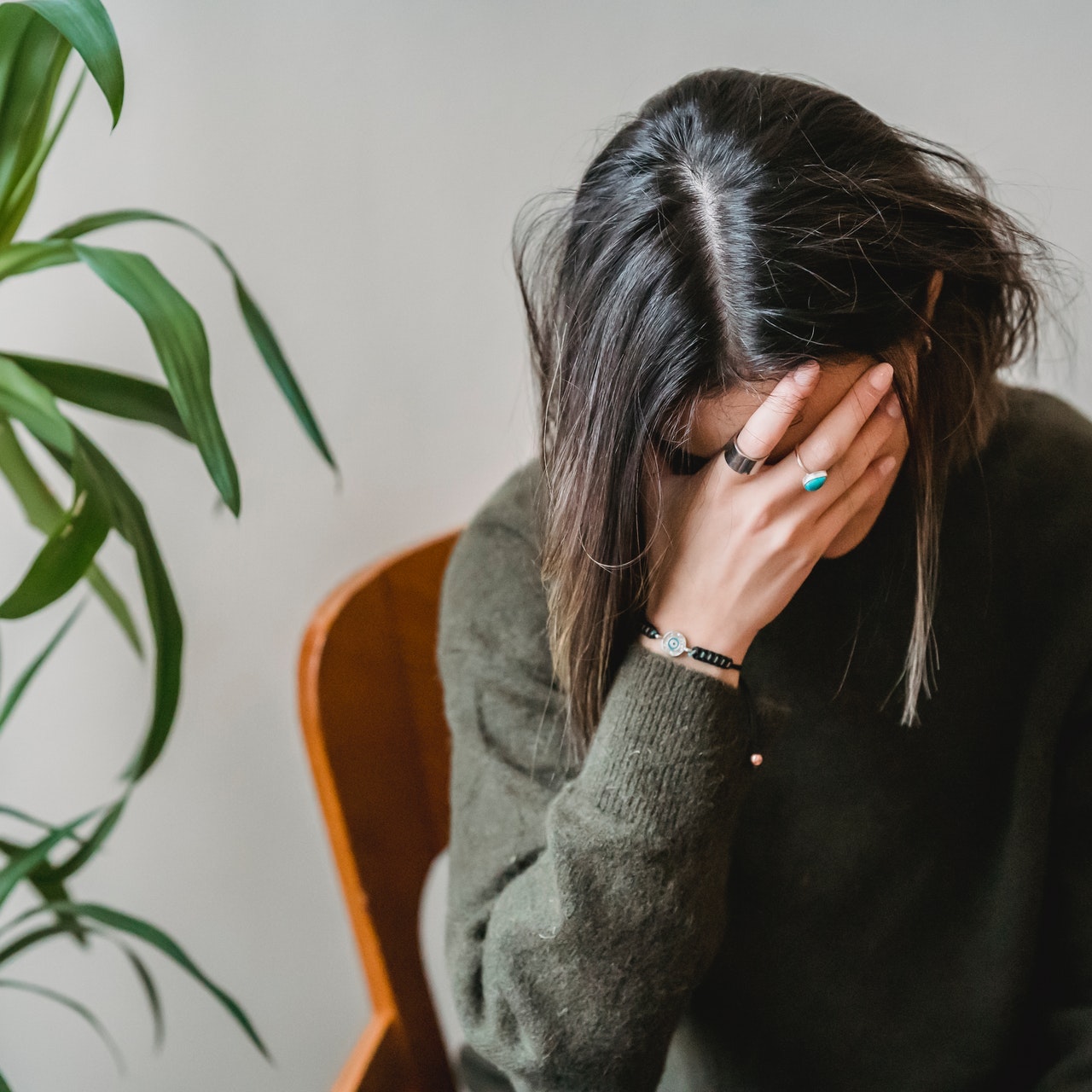 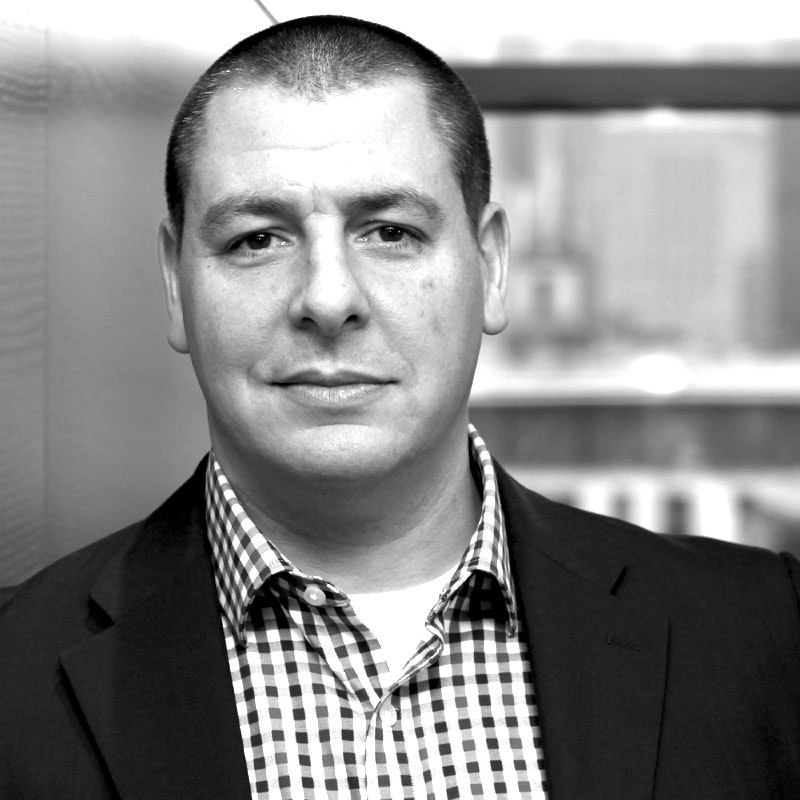 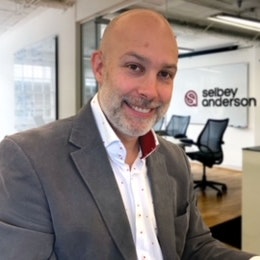 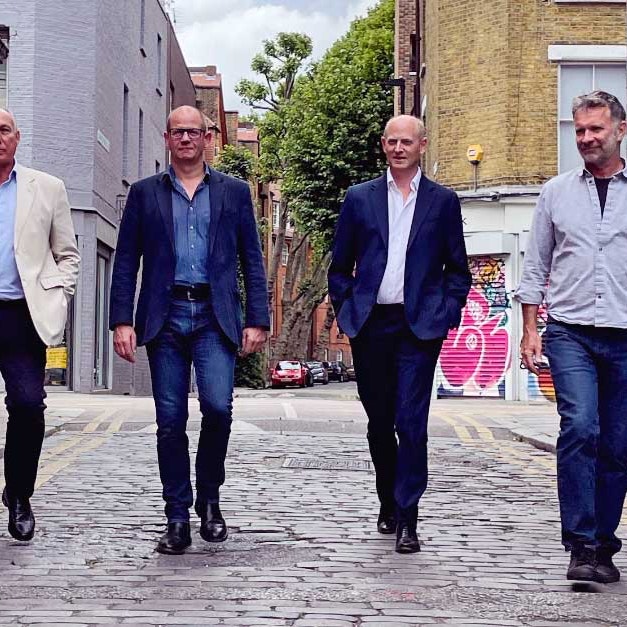